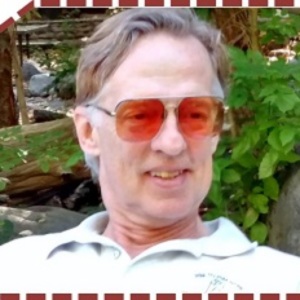 What an awesome Joy for ‘Team Camino’ to humbly be at your Service, ‘Sharing The Way’, by sharing our Passion of the most memorable Music of our Journeys. Each Program is an ‘Illusion’ of a ‘Live’ Broadcast... but, nobody is fooled. We always enjoy making new unbelievably awesome Memories with every Station’s Loyal Listeners!!

Disclaimer: On ‘The Camino Concept’, many names & places may or may not have been changed to protect those who may or may not be fictitious. Believe it… or not.

Claimer: Originally from the Pittsburgh, Pennsylvania Area, your ‘Quasi-Fictitious’ Host is delighted to claim 34 years of ‘Home’ in ‘The Southwestern Arid Desert Mountain Canyon Region’, including both ‘The Valley of The Sun, near Phoenix, Arizona, and, ‘Sin City’, from Henderson, Nevada.

Currently, ‘Camino Nation’ broadcasts on Internet Stations in Pittsburgh, Pennsylvania, Nova Scotia, both the Blackpool area of Cheshire, and, New Castle upon Tyne, in the UK, as well as an affiliated network of the USA Carolina Region, The Caribbean and The Netherlands. We have extended relationships with other past association stations in Arizona, and also the northwest area of London.

‘The Camino Concept’ began on Internet Radio in Arizona, in 2016. But, as a hobby, ‘Billy’ has been a Volunteer Presenter throughout his entire adulthood. He’s always enjoyed sharing ‘Theme Mix Concepts of Oldies Music’, for Family, Friends, Ministry and Community; always for FREE… you get what you pay for, my dear ‘Musical Pilgrims’.